We are so proud that three of our Children's Agency authors have been nominated for the Carnegie Medal 2018!

Kim Slater's 928 Miles From Home, Polly Ho-Yen's Fly Me Home and Stewart Foster's All The Things That Could Go Wrong are all longlisted for the prestigious prize. This will be the third time Kim and Polly have been nominated, one for each of their three novels, and the second nomination for Stewart who was longlisted for his outstanding debut novel, The Bubble Boy.

We are delighted to announce that three of our Children's Agency authors have been longlisted for Reading Rampage 2017.

Polly Ho-Yen's Where Monsters Lie, Kim Slater's Smart and Vanessa Altin's The Pomegranate Tree have all been chosen for the city wide event sponsored by Leicester Libraries and ‘Whatever It Takes’.

Reading Rampage aims to promote Reading for Pleasure to children and young people.

The second novel from the brilliant Polly Ho-Yen, Where Monsters Lie, is published today!

Polly’s first novel, The Boy in the Tower, was lauded by critics and readers alike and was nominated for 15 awards.

Polly recently embarked on #30Libraries30Days in a bid to raise support for libraries around the UK. Click here to read more.

We are proud to share that both Polly Ho-Yen’s Boy in the Tower and Kim Slater’s Smart have been longlisted for the Grampian Children’s Book Award!

Both authors have received several prestigious award nominations, including the Carnegie Medal, this year already with this listing being Kim’s 11th!

The Grampian Book Award was set up for secondary school children in Grampian, conceived by librarians in school and public libraries in 2004. The aim is to promote the art of reading for pleasure and a look of books; giving keen readers the chance to share their passion for reading with their peers. For more information, please click here.

We’re so pleased today to announce that Polly Ho-Yen's Boy in the Tower is the runner-up for the Teach Primary New Children’s Fiction Award! 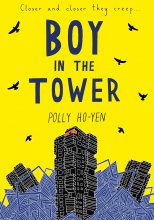 The Teach Primary New Children’s Fiction Award was developed and launched by Teach Primary magazine as a new award scheme for children’s fiction. The magazine was looking for brilliantly told stories, whether from first time or established authors, that might inspire primary school aged pupils to pick up a book for pleasure, both within and beyond the classroom. 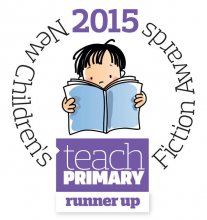 Boy in the Tower was pitted alongside six other fantastic titles and we are thrilled that Polly came runner-up in the Key Stage 2 category.

Boy in the Tower longlisted for the Branford Boase Award!

Boy in the Tower, Polly’s début, has been longlisted for the Branford Boase Award!

The brilliant Branford Boase Award is specifically for outstanding debut authors and their editors. It has been running for fifteen years and past winners and shortlisted authors include Meg Rosoff, Patrick Ness, Frank Cottrell Boyce and Kevin Brooks.

The shortlist will be revealed in May with the eventual winner chosen in July at a ceremony in London. For more information on the full list, please click here.

Boy in the Tower longlisted for the Redbridge Children's Book Award 2015!

The amazing award news keeps coming this month! We are very pleased to share the news that Boy in the Tower by Polly Ho-Yen has been longlisted for the Redbridge Children’s Book Awards 2015!

This local book award aims to highlight the best new reading for children and teenagers with local schools participating and voting for their top choices. The shortlist will be announced at the end of May 2015 with the eventual winner announced in July 2015.

Random House Children's Publishers has acquired two books from début author Polly Ho-Yen, who previously worked in marketing at Hodder, with the first to be a stand-alone novel for readers aged 9+.

Boy in the Tower is described by the publisher as "a captivating fable about fear and hope, loneliness and friendship". Lauren Buckland, fiction commissioning editor at RHCP bought UK and Commonwealth rights from the Darley Anderson Children's Book Agency.

It all began on the day the rain stopped falling.

First, the buildings fell. Then the people on the streets. No one could explain why. Until they found the Bluchers.

Ade lives on the seventeenth floor of an inner city tower block. He’s just an ordinary boy. Apart from the fact that his mother won’t leave her bedroom. And he’s only got one true friend: the girl he’s known all his life, Gaia.

When the Bluchers, a plant-form that dissolves buildings and release fatal spores into the air, take over the city, everyone is forced to evacuate and Ade is left alone to face them.

Trapped in his tower block, how can Ade survive as the Bluchers weave their deadly circle around his home?


Boy in the Tower will be published in summer 2014.

Fly Me Home out today!

Fly Me Home follows Leelu as she struggles to adjust to a new life in a new country. But someone is leaving her gifts which give her strange magical powers, and she realises she might be able to find her way home.

Two of our celebrated children's authors have been nominated for the CILIP Carnegie Medal 2017.

Both authors have been nominated for their second novel: Polly Ho-Yen  for Where Monsters Lie and Kim Slater for A Seven Letter Word.

The CILIP Carnegie Medal is is awarded annually to the writer of an outstanding book written in English for children and young people. It is one of the most prestigious prizes in children's literature.

One lucky student has the chance to win a set of Where Monster's Lie books for their class, Polly's new novel, as well as a school visit from the author herself.

To win, entrants must draw: A monster where you live.

Polly says, "Please don’t feel that you need to be a wonderful at drawing to enter. It's the idea we're interested in."

Entries must be sent by Monday 4th July. Good luck!

Iran bewitched by Boy in the Tower

The Rights Team are absolutely delighted to say that they have just closed a deal for Persian translation rights!

Persian translation rights for Polly Ho-Yen’s Boy in the Tower were sold to Houpaa Books in Iran and, in hugely exciting news, this marks the agency’s very first deal with this territory.

Boy in the Tower published in paperback today!

Ade loves living at the top of a tower block. From his window, he feels like he can see the whole world stretching out beneath him.

His mum doesn't really like looking outside - but it's going outside that she hates. She's happier sleeping all day, inside their tower where it's safe.

But one day, other tower blocks on the estate start falling down around them and strange, menacing plants begin to appear.

Now their tower isn't safe anymore. Ade and his mum are trapped and there's no way out.

Polly Ho-Yen has been longlisted for the Carnegie Medal 2015, Branford Boase Award 2015, Calderdale Book of the Year Award, Redbridge Book Awards 2015. She has also been shortlisted for the Blue Peter Book Award 2015.

‘This strong debut works as a page-turner and as a depiction of life in inner-city Britain, full of weird, incomprehensible perils, quotidian heroics and unexpected resources.’   The Observer

‘An unusual and impressive debut’ The Bookseller

‘Polly Ho-Yen's debut is an impressively moving and thought-provoking story that will touch children and adults alike.’ Book Trust

The good news just keeps coming! We’re in the final month of 2014 but we are so thrilled that Polly Ho Yen’s wonderful debut, Boy in the Tower, has been shortlisted for the Blue Peter Book Award!

The shortlist was announced live on Blue Peter on Thursday 4 December by Michael Morpurgo, one of the UK’s most well-known children’s authors and President of Booktrust. Previous winners include Ali Sparkes, Katherine Rundell and Matt Haig.

The Blue Peter Book Awards, which are in their 15th year, celebrate the very best in children’s books. The awards ask children to choose the winners and approximately 200 from 10 schools across the UK will read the shortlisted books and vote for their favourite.

The two winning books will be announced on Blue Peter on World Book Day on 5 March 2015.

We are thrilled to announce the publication of Polly Ho-Yen’s children’s novel, Boy in the Tower, today. Boy in the Tower is published by Random House Children’s Books and is Polly’s début.

Ade loves living at the top of a tower block. From his window, he feels like he can see the whole world stretching out beneath him.

His mum doesn't really like looking outside - but it's going outside that she hates. She's happier sleeping all day, inside their tower where it's safe.

But one day, other tower blocks on the estate start falling down around them and strange, menacing plants begin to appear.

Now their tower isn't safe anymore. Ade and his mum are trapped and there's no way out.

To find out more about Polly's inspiration for writing Boy in the Tower, please click here.