Set to be the Christmas book of 2018, Waterstones have called it 'a classic in the making' and selected it as one of their Top 10 Christmas Reads of 2018. 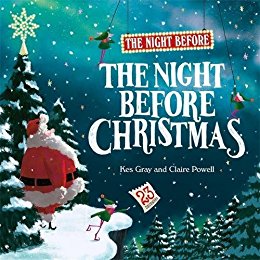 The outstanding middle-grade novel The Chocolate Factory Ghost by David O'Connell, illustrated by our mega-talented Claire Powell, has been selected for the Tom Fletcher Book Club!

10 books were selected for the highly coveted promotion at WHSmith. Tom Fletcher hopes that his selection of books will  'get your kids eyeballs away from those touchscreens and into some great books. I hope they'll find their imaginations fuelled by the book club books and feel inspired to start writing and creating stories themselves.'

Have You Seen My Giraffe?

Claire Powell, a rising star in the illustration world, has beautifully illustrated Have You Seen My Giraffe? Out today!

The Darley Anderson Children’s Book Agency is delighted to welcome illustrator and writer, Claire Powell, to the agency!

Claire spent several years as a design director in the world of channel rebranding working for clients such as Nickelodeon, BBC Three, CBBC and BBC One.

Welcome to the agency, Claire!

Claire Powell's star continues to be on the rise. The mega-talented illustrator has two books published today.

Can Octo find some pants to fit? Let's find out how this ends! The wonderfully original Octopants is published by Little Tiger today, written by Suzy Senior.

This brilliant picture book will make unconventional princesses everywhere laugh until they snort!

The laugh-out-loud funny, subversive princess book is for girls and boys age four and up.

The Scapegoat was a project Claire started in 2011 which she describes as ‘a labour of love’. Based on a true story of one of the greatest criminal cases in Victorian history, The Scapegoat is a sinister and mysterious tale full of conspiracies and prejudice.

The Scapegoat was among 26 other films screened at The Roxy in London on July 19th. During the screenings the awards for best animation, best music and best short film are decided on by a mixture of audience and jury votes.

Claire says ‘It feels fantastic to have my hard work recognised by an animation jury, fellow film makers and members of the public. When you work on a project for so long it is nerve wrecking to hand it over to others for judgement. To be judged so kindly is a heart warming feeling that makes dedicating 4 years of my life to tell someone else's story all the more worthwhile’

You can watch the trailer here  or find out more about Claire’s work here. 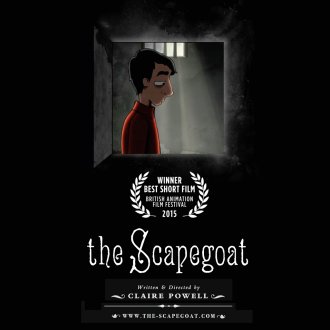