It Won’t Be Christmas Without You is out today in eBook!

Beth Reekles’s debut adult fiction, It Won’t Be Christmas Without You, publishes today in eBook.

Eloise, a self-confessed Christmas obsessive, can’t wait for the big day. Devoted to her Michael Bublé playlist, she’s organising the school nativity play and even her gorgeous Grinch of a neighbour, James, can’t get her down. Her workaholic twin sister, Cara, on the other hand, plans to work over the holiday. The sisters used to be close but since Cara moved to London, everything’s been different. Eloise isn’t giving up just yet. With James’s help and a white Christmas on the cards, Cara can’t fail to be moved by the magic of the season … can she?

The book is out in paperback on the 31st October.

Netflix to make The Kissing Booth

We are thrilled to announce that Netflix have ordered a feature-length film adaption of The Kissing Booth by the wonderful Beth Reekles.

The film will be produced by London-LA based Komixx Media and will be directed by Vince Marcello whose credits include Disney’s Teen Beach Movie.

Beth wrote The Kissing Booth when she was 15 and became a Wattpad sensation. The debut novel has received more than 19 million reads worldwide.

We’re thrilled to announce that Beth Reekles, author behind bestselling The Kissing Booth, is taking part in Quick Reads 2015!

Led by former Welsh rugby captain, Gareth Thomas, Beth is one of eight authors selected to participate for 2015 and has written a romance novel called Cwtch Me If You Can.

The Quick Reads campaign aims to break down barriers and get more adults in Wales reading by producing short, snappy books available from libraries, bookshops and online for just £1.

The titles will be released in February 2015. 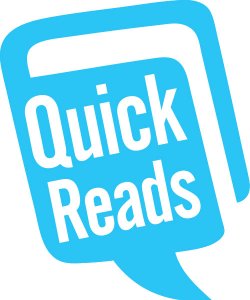 In thrilling news, our newest author, Beth Reekles, has been included in The Times today at no.6 in their ‘Top 25 under 20’ article!

Beth sits alongside other influential young adults such as Malala Yousafzai, Maya Van Wagenen and Jack Andraka as icons of their generation. 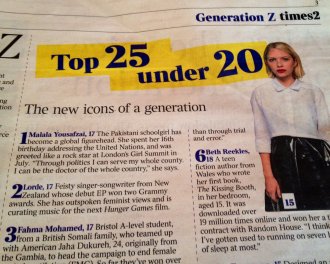 The Kissing Booth on Netflix

The Netflix adaptation of The Kissing Booth by Beth Reekles, is currently one of the most watched movies in the world, according to Netflix's programming chief, Ted Sarandos.

Sarandos explained on Deadline that it was “one of the most watched movies in the world right now” and No. 4 in IMDB rankings behind tentpole releases like Deadpool 2, Solo: A Star Wars Story and Avengers: Infinity War.

In just one month, the trailer alone has racked up over 10.3 million views on YouTube and fans are already campaigning for a sequel.

Beth originally wrote the story when she was 14 and published it on Wattpad. She was an undeniable Wattpad sensation with over 1 million people reading her YA novel.

Don't miss out, be sure to head over to Netflix to watch The Kissing Booth!

Cwtch Me If You Can!

We are delighted to announce that Beth Reekles' Quick Reads novella, Cwtch Me If You Can, is out today!

It is one of eight novellas being published through Quick Reads in 2015. The Quick Reads campaign aims to break down barriers and get more adults and teens in Wales reading by producing short, snappy books available from libraries, bookshops and online for just £1. For more information on the brilliant Quick Reads scheme, click here.

*Cwtch is a Welsh word that means 'snuggle' or 'cuddle'. For context, you could "cwtch up under your duvet on a cold day", "cwtch up with a good book on the sofa", cwtch your boyfriend/girlfriend"

In October, Beth Reekles, teen author of The Kissing Booth, Rolling Dice and Out of Tune, took part in TEDxTeen London organised independently but inspired by the larger group, TED.

TED is a non-profit organisation which helps spread ideas through the medium of powerful, short talks. Starting in 1984, the talks and conferences originally began as technology, entertainment and design related but has since grown to encompass all kinds of issues.

TEDxTeen is put on by We Are Family Foundation, founded by world-renowned music producer and musician, Nile Rodgers. It has an outreach of millions worldwide and, in 2013, livestreamed to over 141 countries with the talks gaining 8 million views online after the conferences took place.

Beth was one of many young, inspirational speakers who came together to discuss the changing world. Beth’s talk focussed on her wanting to write the story she wanted to read and encouraging others to do the same.

We are very excited to announce that teen writing sensation, Beth Reekles, has joined the Darley Anderson Children’s Book Agency!

Welsh author, Beth, started writing her first novel at 15, The Kissing Booth, online on WattPad and was quickly snapped up in a three-book deal at Random House. Her subsequent novels: Rolling Dice and Out of Tune were published in 2013 and 2014.

Beth is currently an undergraduate of Physics at Exeter University. She has been shortlisted for the Women of the Future Young Star award 2013, the Romantic Novel of the Year Awards 2014, and the Queen of Teen 2014 awards. She was awarded the Scout Birthday Honours Writing Badge in 2013, and was named one of Time magazine’s 16 Most Influential Teenagers 2013.

On joining the agency, Beth said: "I'm absolutely thrilled to be joining such a great agency as Darley Anderson. The agency has such a glowing reputation and I look forward very much to working with them."

Beth’s third novel, Out of Tune, is available now.