Mother and Child is a moving story of loss, friendship and hope over two generations based in India and Birmingham and looks at the catastrophe of the Bhopal tragedy.

Mother and Child is gifted to the Bhopal Medical Appeal.

To learn more about the Bhopal disaster and the charities helping them please see the links below:

Sisters of Gold Enjoys A Month in the Top 20

Annie Murray's latest exceptional saga Sisters of Gold has spent the month since publication in the Top 20.

Sisters of Gold was No 10 on the Sunday Times Besteller List, and is the 4th novel in row of Annie's that has entered the top 10!

Pick up a copy for a Bank Holiday Weekend treat!

Sister's of Gold, "A tale of passion and empathy which will keep you hooked", is the first in the new trilogy set in Birmingham. It follows two sister's who can't seem to out-run their past.

War Babies by Annie Murray is out now!

Set on the struggling streets of Birmingham in World War II, War Babies tells the story of Rachel Booker, who is fourteen when the war begins and madly in love with Danny, the lad she met working on the Rag Market.

Annie Murray Hits Top 20 in Paperback Chart at No.16!

Saga superstar Annie Murray has achieved her highest position to date with Meet Me Under The Clock at No.16 in the UK paperback bestseller chart. Congratulations Annie!

Birmingham’s entry, timed to celebrate the opening of the new library – to be the biggest lending library in Europe - in September, took the theme of literature and reading. As well as the library itself, the four-sided arrangement featured three Birmingham authors: J.R.R Tolkein, Annie Murray and poet Benjamin Zephaniah.

Annie’s book Birmingham Blitz was portrayed in countless flowers and included a spitfire, an Anderson shelter with vegetables growing on it and chickens! The whole display was surrounded by books.

‘I had no idea of the ambition of what they were making before I saw it,’ Annie said. ‘What they have done is beautiful and spectacular. I feel incredibly honoured to have been included.’

The display is good timing for Annie whose new book The Women of Lilac Street is out this month. 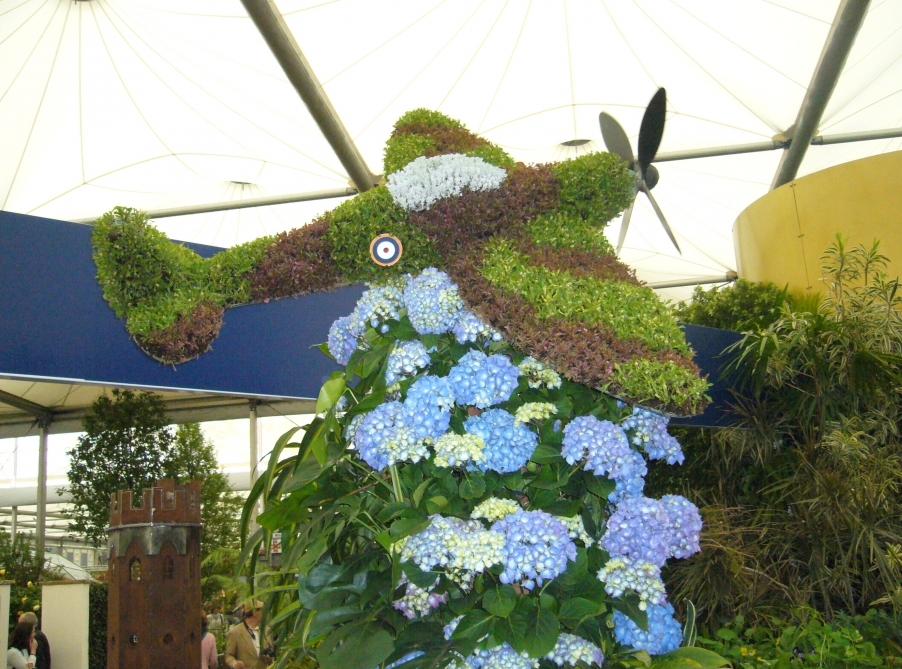 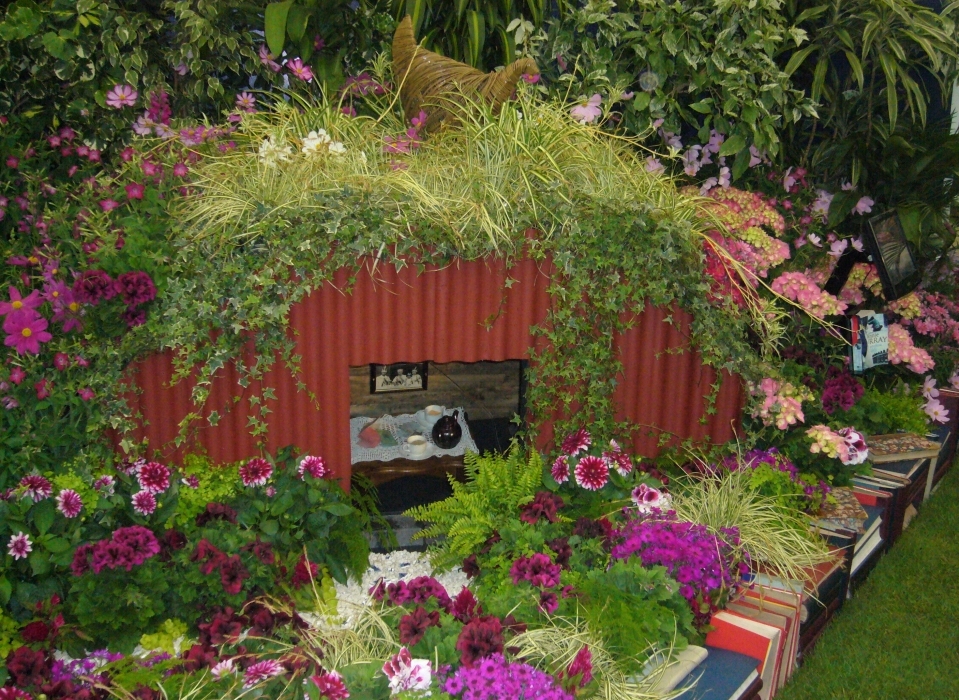 At a recent Books, Bath and Bubbles Party held by Pan Macmillan The Darley Anderson Rights Team, Clare and Mary, went along to celebrate all that's wonderful about womens fiction.

The party was fittingly held in the sumptuous surroundings of the Koi Karp lounge at The Sanctuary Spa in Covent Garden. Also in attendance were our wonderful, bestselling authors Annie Murray and Margaret Dickinson.

With the fantastic news that rights for Chocolate Girls and The Bells of Bourneville Green, two brilliant books by Annie Murray, have been sold to Turkey and Portugal and rights for Margaret Dickinsons Forgive and Forget being sold to Turkey, the Darley Anderson team had their own reasons to celebrate that evening!

Annie Murrays Soldier Girl has continued to climb up the Paperback Bestsellers list this week.

After one week of sales Soldier Girl charted at No.45 in the list. Annie Murray's latest novel then proceeded to jump up the chart to position No.29, and after another successful week of sales has reached No.25.

Soldier girl is a sequel to The Hopscotch Summer.

It tells the story of Molly Fox, who has grown up in the back streets of Birmingham at the mercy of her cruel grandfather and her drunken mother. Though she has grown into a tall, beautiful woman, Molly is haunted by terrible family secrets. When she is found lying drunk in a gutter, Molly reaches a turning point. She decides to escape by joining the army as an ATS girl.

At first her new start seems fated to be a disaster but the army gives her the encouragement she hungers for and soon her life is flourishing. But war brings tragedy as well as triumph, and when Molly receives news from home, it becomes clear that she cant escape her past so easily

The Silversmith's Daughter by Annie Murray is out in paperback, it's the sequel to the Sunday Times Bestselling Sister's of Gold.

Annie Murray has soared into the Top 10 after her first full week of sales.

Sisters of Gold jumped up an impressive 9 spots from last week.

This is the 4th year in a row that Annie has achieved a Top 10 poisition!

Now the War is Over is published today!

Annie Murray’s 20th novel, Now the War is Over, is published in paperback today.

It is the tremendous sequel to the moving and insightful War Babies.

The Sunday Express proclaims Now The War is Over as a “gripping saga”. Annie Murray “paints an authentic picture of post-war Britain laced with relatable characters and incredibly moving situations.”

The paperback edition is available now and is a must read for all saga-lovers.

Bestseller Annie Murray's Book Signing and she's No.15 this week!

Our bestselling author Annie Murray has attended a booksigning in the Midlands to the delight of her many fans.

Her latest, Meet Me Under The Clock, has acheived Annie's highest position to date at No.15. 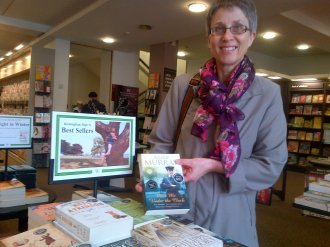 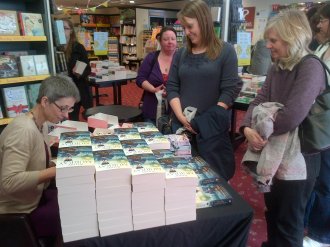 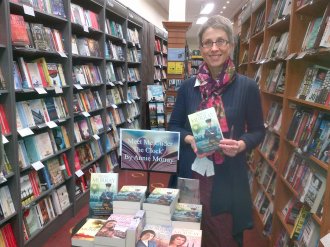 Meet Me Under The Clock by Annie Murray Is Out Now!

Meet Me Under The Clock

Growing up in Birmingham, Sylvia and Audrey Whitehouse have always been like chalk and cheese.

When the Second World War breaks out, Sylvia is still dreaming of her forthcoming marriage to fiancé Ian while Audrey jumps at the career opportunities the WAAF throws her way.

Audrey joins the ranks at RAF Cardington but soon finds that her new freedom also brings temptation. When she goes too far, the consequences ripple through the Whitehouse family.

Meanwhile Sylvia is doing her bit as a railway porter, much to Ian's dismay. Ian thinks the job is unfeminine - unlike Sylvia's new friend Kitty, who is as sweet and pretty as can be.

But Kitty's innocent nature hides a dark secret . . . As the pressures of rationing, bombing raids and sleepless nights grow, the two sisters must decide what they really want from life and if they're brave enough to fight for it.

A heart-breaking and inspiring novel.

Annie Murray's bestselling My Daughter, My Mother has hit the No 25 spot on the paperback bestseller chart!

Annie Murray's books have been lining the shelves
at WH Smiths stores around the country. Eager fans were particularly keen to get their hands on a signed copy of our saga superstar's latest offering.

My Daughter, My Mother tells the story of a friendship between two young mothers whose lives are both fraught with secrets and difficulties. The relationships between daughters and mothers are put to the ultimate test, this is the story of two young women discovering the heartbreak of their mothers’ lives, and of how mothers create daughters – and learn from them.

The perfect gift for Mother's Day this year!

What did you want to be when you were growing up?

A writer always. I also wanted to be a gamekeeper (too much Joy Adamson) and join the WRNS (too much Nevil Shute.)

What inspired you to start writing?

Books? Life? Also the need to shape things and escape. Only child syndrome perhaps. And a good primary school English teacher called Miss Jones. Actually Ive no idea really. Its just something I have to do.

How did you juggle bringing up small children and writing full time?

With a struggle. I had twins, then two more babies, in less than five years. I was driven. I had been training as a nurse but something had to give and it made me get on and do the thing I really wanted.

Who is your favourite Author?

Impossible question. Though I havent read him for a long time I did love Nevil Shute. At present my favourite author is Andrei Makine Ive read all his books.

You do a lot of work for charity, do you support any particular causes?

Lately Ive been raising money for the Bhopal Medical Appeal. I have also given some support to Action Aid through sponsoring a little girl in Afghanistan.

And lastly, what are your plans for the future?

No plans really. Just lots more stories! and spending time with the people who matter most to me. After that, who knows?