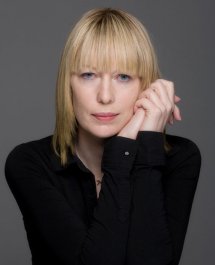 Tara Hyland was born in 1976. She studied History at Gonville & Caius College, Cambridge, and then worked in the City for several years before leaving to write full time. She lives in London with her husband.

Her most recent novel, Fallen Angels, was published by Simon & Schuster in 2011.

Tara is also writing under the name Tara Bond and her second novel, Sweet Deception, was released in January 2016.

From the poverty of post-war England and Ireland to the glitz and glamour of Hollywood's golden age, a beautiful, sweeping family drama that illustrates that the bonds between a mother and daughter can never be broken.

An unwanted child: San Francisco, 1958. On a dark December night, a baby girl is left at the Sisters of Charity Orphanage on Telegraph Hill.

A mysterious suicide: One year later, movie star Frances Fitzgerald takes her own life. Her husband, wealthy businessman Maximilian Stanhope, is rumoured to know more about her death than he's letting on, but nothing is ever proved.

A terrible secret: What is the connection between these two events? That's what Frances's daughter, Cara, wants to find out.

Abandoned by her mother when she is just seven years old, her childhood is filled with hardship and loss. As a young woman she finds professional success as a journalist, but on a personal level, she still struggles to trust those around her. Soon Cara becomes convinced that uncovering the secret behind her mother's death is the only way to lay her demons to rest, but learning the truth may end up tearing her apart.

William Melville's daughters are heiresses to the world's most exclusive fashion dynasty. Beautiful and rich, they are envied by all. But behind the glittering facade of their lives, each girl hides a dark secret that threatens to tear their family apart.

Smart, ambitious Elizabeth knows how to manipulate every man she meets, except the one who counts: her father.

Gentle, naive Caitlin, the illegitimate child, struggling to fit into a world of privilege while staying true to herself.

Stunning, spoilt Amber, the party girl with a weakness for bad boys; more fragile than anyone realises.

As each of them seeks to carve out her own destiny, Elizabeth, Caitlin and Amber face difficult choices, which will take them in wildly different directions. But as old wounds resurface and threaten to destroy the foundations of the Melville empire, their paths will cross again. Because the simple truth is that, no matter how far you go, you cannot escape the claims of family.