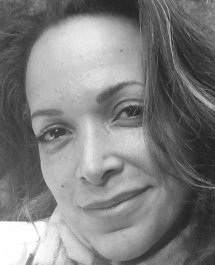 Jacqui is the author of six gritty British crime novels.

Having studied global political Islam and American politics, Jacqui went on to take a Master of Science degree in counter-terrorism and will further those studies next year by tackling a PHD focusing on radicalisation and and extremism.

Jacqui lives in a quiet part of England and has three children along with lots of dogs and horses.

Having been brought up amongst the hardest gangsters and faces of London, Franny Doyle learnt never to let love be her weakness. But she’ll do anything to protect those close to her, and at whatever cost.

Her partner Alfie Jennings is under pressure. The only person he ever sent down has recently been released from prison, and his Soho nightclub is under threat from his rival Charlie Eton – a man who doesn’t respond kindly to people taking away his business.

Charlie is playing dirty to come out on top, and when innocent children become involved in the feud, Franny and Alfie are dragged into a dark underworld where Alfie must face demons from his past, and Franny is in a dangerous race against time to ensure her own secrets aren’t exposed.

An eye for an eye.
Cabhan Morton wants to leave the Russo crime family for good and live in peace with his daughter, Alice Rose. But the Russos won’t let him walk away without a fight.

A tooth for a tooth.
Franny Doyle would do anything for Cabhan and Alice, but helping them escape the vindictive Russo brothers won’t be easy. The only place they’ll be safe is back in Essex with Alfie Jennings.

A daughter for a daughter…
Franny knows she won’t be welcomed by Alfie with open arms – but she doesn’t have a choice. The Russos are out for blood and they won’t stop until Alice is dead…

Bree Dwyer is desperate to escape her husband, take the children and run. But he’s always watching. And she always gets caught. Until her first love, Alfie Jennings, returns to Essex…

Gangsters Alfie and Vaughn have been out of the game for a while, but a life of crime is one you never forget.

To get back on top they need serious money, because loyalty and power don’t come for free. One dangerous job and they’ll have the payoff they need. And Alfie isn’t going to let anyone get in the way, least of all a pretty face like Bree.

It’s time to show Essex what they’re made of. And this time, Alfie and Vaughn aren’t backing down.