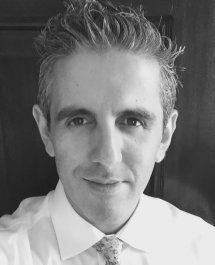 Imran Mahmood was born in Liverpool in 1969 to first generation Pakistani parents. He has been working on the criminal bar in London for over 20 years and regularly appears in jury trials across the country dealing in serious and complex criminal cases.

He now lives in South East London with his wife and is currently plotting a second novel.

You Don't Know Me

An unnamed defendant stands in the dock accused of murder. Abandoned by his lawyer for refusing to go along with a guilty plea, he is now representing himself.

This is the truth, the whole truth and nothing but the truth. Or is it?

A member of an opposing gang has been killed - evidence has mounted and the defendant was witnessed arguing with the dead boy weeks before he was killed. And a handgun was subsequently found in his flat and then blood was found under his nails.

An open and shut case. Or is it?

But what would you do if you took all that evidence, looked inside it, turned it around in your hands to see what the facts were really made of. To see if the truth stands up in court. To see what separates guilty and not guilty. Because how can you ever really judge what’s right and wrong?

Is he guilty? You decide.